Singing For My Supper!

About a month ago, I got a call from a composer buddy of mine who was working on a Vietnamese commercial. He needed some vocals on the music he was producing, and the clients specifically wanted that old classic Motown R&B sound. My buddy knew that I deep-down inside, I’m an R&B junkie, so I’d probably jump at the opportunity to sing in this project…and jump I did!

About 2 weeks after I did the recording, the commercial was released and here it is:

In commercial jingle production, it is quite common for composers to write original music based on a genre or style of music that the client (usually the ad agency) has pre-selected. In this case, they wanted an old-school Motown R&B sound that brings about a nostalgic feel-good sensation, kinda like when you had your first taste of ice-cream as a kid (which happens to be the product the commercial is promoting).

I was sent the music and with a guide tune, and my instructions were….”follow the general tune, but feel free to embellish it with some Motown-ness, and don’t forget the harmonies”. I did suggest to my buddy that the tune’s key be brought up so that the vocals would have more intensity in the higher parts. He agreed. 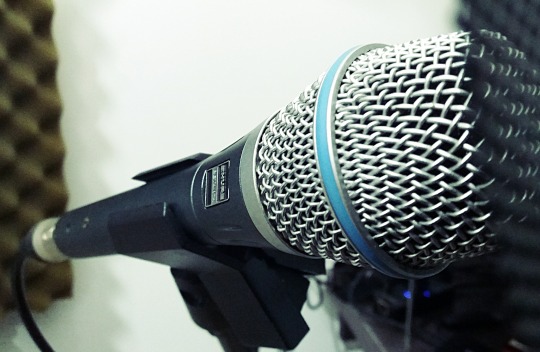 So with my trusty 18-year-old microphone, I recorded one lead vocal, with 3-part harmonies for the chorus. I also doubled the vocals on each of the harmony parts to make the chorus sound thicker.

Here is the project of my recording session

I then roughly mixed it with the work-in-progress music, and sent it to my buddy to check it out. After I got his approval, I sent him the individual raw vocal parts.

It is quite amazing that in this day and age, technology has afforded us producers the ability to produce work from wherever we are in the world for whoever hires us in the world. Here I am, a Malaysian singing for my supper in Australia, for a studio in New Zealand producing a commercial that is now being aired in Vietnam. The times, they are indeed a-changin’.

Geeking Out at The Powerhouse Museum