Eight months ago, I was asked to score a horror movie from Myanmar. I had never scored for a horror movie before, so I was naturally excited to be a part of this project. However, after the initial “Yippee” moment, I started to realise that I had never really watched horror movies because I get spooked easily. Yep, a big hulking guy like me...afraid to to watch a little horror movie. Unfortunately, this time, there was no escaping the jaws of horror because I had to watch some horror movies suggested by the director of this movie to get a sense of the sound he was looking for. 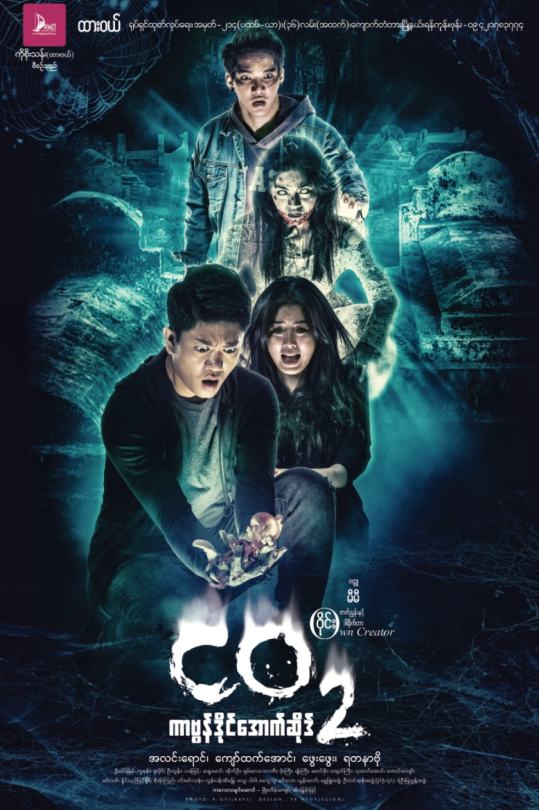 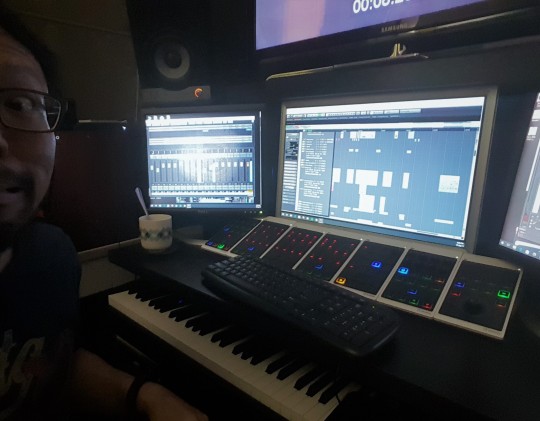 Freaked out while working on the movie in the dead of night, and trying to scare myself even more, with my music for it!

In order minimise the stress of jump scares that typical of many horror movies, I watched them in the daytime, during the brightest part of the day, with the sound turned way down low....and that seemed to help.

George Lucas famously quoted that “Sound and music are 50% of the entertainment of any movie”. I really got a sense of that especially when scoring this horror movie. In this project, I got the reels of the movie without any sound effects at all, since the effects were being worked on by the engineers at the studio during the time I was to score the music. The only audio I got was the dialogue and some temp music. The CGI was also minimal here. The lack of effects really helped me get through the scenes without getting spooked too much...in fact, it was my job to make music that would make the scenes even more spooky, and since I can’t stand spooky movies....well you get the vicious cycle here. I kind of felt a little pressure in the beginning, the moment I realised that it was my responsibility (along with the sound engineers working on the sound effects) to make up that 50% of spookiness of the movie. 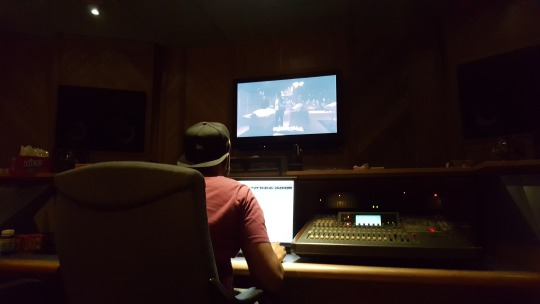 The engineers at the studio were also hard at work, creating the sound effects that would scare people even more.

The most important part in scoring any movie is coming up with a general musical sound for the movie, and the general musical themes that coincide perfectly with the mood of the movie. It took me a few days to come up with the palette of sound that I thought would work in the movie, and the rest, I kind of developed as I got deeper into the scoring of the latter scenes of the movie. The work was quite intense because almost every scene in this movie required music, not just the scary scenes. I remember finishing up the last scene, at 3:30 am, looking rather ghoul-like with blood-shot eyes and eye-bags that would give any horror makeup artist a good fright. After a two-hour sleep, I was off to the airport to catch a flight to Hong Kong.

Glad to report that I have escaped my first horror movie project relatively unscathed, and the movie is coming out on July 27th, 2018!  It was a lot of fun (and also a lot of work!) to score this movie and I’m pretty glad that there were very few music re-scores. It would really make my day if the audiences are totally spooked out of their seats in the theatres of Myanmar when it comes out. And maybe, if sometime in the future, some other composer refers to this movie to get inspiration for music, and has to watch it in broad daylight, my effort would have been worth it.

Geeking Out at The Powerhouse Museum